Only takes a few seconds! 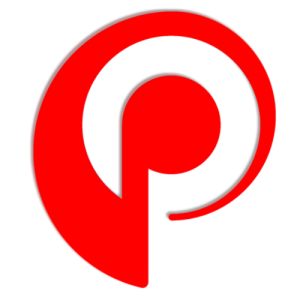 Playfre’s logo (a musical note turned upside down to look like a P).

Playfre was inspired by a theGuardian article titled; Why subscription streaming is ignoring six billion potential customers . This article spoke in-depth on why music streaming platforms like Spotify have avoided the developing world. According to a 2012 Gallup survey, credit card penetration in high-income countries is approximately 50%. Far from ideal, but the numbers are still high enough for quick growth for subscription streaming services like Spotify. However, credit card ownership is dramatically lower in the rest of the world. In low-income countries, it plunges to a mere 7%; and thus these music streaming platforms see no market here. This in facts Ignores up to six billion potential customers and cannot be a feasible, long-term option for the music industry as a whole. A successful global streaming service is needed, and it must provide premium content at an attractive price in a universally accessible format. This simple statement is the reason why Playfre was created! — A seamless music experience that is free for music lovers and also beneficial to music right holders.

At first, this looked impossible; how can it be free and yet still benefit right holders around the globe? But we came up with a plan.

Monthly £10 fees are simply too high for many of the world’s potential music consumers to budget for; especially in Africa. Asking for price reduction can lead to a significant reduction in revenue for content owners and this didn’t look good or like a way to go. We wanted it to be cheap or free for listeners and as well very profitable for music owners. The “theGuardian” article suggested a “Pay As You Play” option; which simply meant that listeners will Pay each time they stream music. This doesn’t change anything in my opinion; as listeners who want to play more will eventually spend more. So I resulted in finding a different way of doing this.

Playfre is a sought of curational music service cum music streaming service. When someone streams a song on Playfre, he or she is actually streaming a song on Youtube and not exactly on Playfre, so a view is added to the actual Youtube video being streamed. So our over 1,000,000 streams in the past two months actually means we have helped artists achieve over 1,000,000 views on Youtube. So in essence, this actually leads to increased exposure for content owners. If you are familiar with Youtube embed, you will also know that streaming revenue on playfre actually goes to artists whose song are being streamed from Youtube, as Users view these videos on Playfre much in the same way it is shown on Youtube.

In other words, Playfre doesn’t store any song from any artists on its servers, we simply match songs to their corresponding YouTube videos. So it is as though users are still streaming the songs from YouTube. So Playfre helps them create playlists of their favorite songs and play them back from YouTube. Our thousands of users tend to like this as they get to discover new music, find music by genres, create playlists of their favorite songs, share it, and even follow other users’ playlists much like every other music streaming services out there, something they can’t do currently on Youtube. It is a fun way of discovering Youtube videos. Playfre is the music streaming service built with the developing countries in mind; those who can’t afford to pay for online music streaming, an untapped market of 6 billion people. We are providing them a free way to discover new music, create playlists, listen to other users curated playlists, and enjoy a seamless music experience that is also beneficial to music right holders.

so why Playfre?
the real question should be, “why not Playfre?” 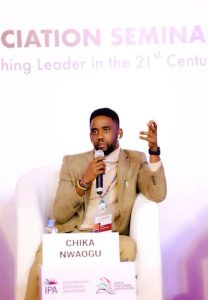 A seamless music experience that is free for music lovers and also beneficial to music right holders.

Playfre lets you play over 50 million songs for free while still keeping that awesome music experience you love so much.